Start a club in your area! Learn More

Have you ever watched a sitcom for years and loved the characters like friends?  Have you ever felt that way about characters in a novel? I feel that way about Scout and Jem Finch. I’ve spent some time with these goofballs. A LOT of time. I’ve read To Kill a Mockingbird 18 times, and I’ve taught it for ten years. In moments of stress I’ve been known to listen to the audiobook to calm myself down; I have pages practically memorized. Reading Go Set a Watchman was a surreal experience for me. I felt like I was watching a “where are they now?” reunion show, witnessing up close who the characters became after Jem got his arm badly broken at the elbow, after time passed. I just finished the book yesterday. Here are my initial thoughts.

When I started reading, I greedily gobbled up information about the lives of the characters. I sped past some dry description, scanning the pages for more information about Jem, wanting to see how Jean Louise turned out. Her relationship with Henry seemed realistic, she was entertained by him as he represented a nostalgic connection with her hometown, Finch’s Landing personified. Although she felt connected to him, her tomboy ways and lack of desire for the domestic were consistent. However, I continued to read, and I started slowing down. Focusing on plot and characters at the beginning, I didn’t really notice that her style was comparatively lacking. Where were the spot-on absolute phrases? Where were the sentences replete with perfectly-placed prepositional phrases? Where were the incredible action verbs?

For those of you who aren’t grammar nerds like I am, let me give you an example of what I’m talking about.

When Jean Louise first sees Henry in Watchman, Lee writes, “He grabbed her in a bear hug, put her from him, kissed her hard on the mouth, then kissed her gently.”

When Jem pushes Scout towards Boo Radley’s house in Mockingbird, Lee writes, “The tire bumped on gravel, skeetered across the road, crashed into a barrier and popped me like a cork onto pavement.”

I tried to pick quotes from important points of each novel, and even though the first quote is descriptive, Lee uses adverbs like “hard” and “gently” to modify the verbs; whereas, in the second quote, she uses precise action verbs and doesn’t rely on adverbs as a crutch. The second quote is also more effective because of its parallelism. At the risk of boring you, I could elaborate on the syntactic and grammatical differences, but I won’t. Suffice it to say that I find Mockingbird stylistically superior because, in Mockingbird, language enhances content and meaning on almost every page.

Along with the language, the plot and subplots in Watchmen weren’t as interesting to me. Although the flashbacks to her childhood were fun (I liked the one about Dill staging a religious revival), none of them stack up against lies about strip poker and indian-head pennies in the knothole of a tree.

As for Atticus’s much-discussed “fall from grace,” this aspect of the book wasn’t super shocking to me. In fact, he makes a comment in Mockingbird which seems to almost condone the original klan, foreshadowing the fact that he may be somewhat sympathetic to racist causes as an older man. Also, although I wouldn’t call him a chauvinist, after Tom Robinson’s trial, he agrees with Ms. Maudie that women shouldn’t serve on juries because they would be too chatty. My point: Atticus was never a perfect character. He tells Scout in chapter 16 of Mockingbird that all people have “blind spots,” and I don’t think he should be excluded from that assessment. The fact is, as Uncle Jack mentions in Watchman, Scout always put Atticus on a pedestal, as many readers (myself included) are tempted to do as well, but, in reality, Atticus has something to learn from Scout in his old age, and I don’t think that ruins anything.

As some reviews have said, reading this book is an incredible behind-the-scenes glimpse into Harper Lee’s writing process. How amazing to read the book that she wrote before her masterpiece. How incredible to see her language improve. How fascinating to be able to reflect on an editor’s influence. Did I love Watchman? No. Am I glad I read it? Absolutely. My favorite thing about this book, honestly, is that it motivated millions to reread To Kill a Mockingbird, and, even if for that reason alone, I love Go Set a Watchman. So if you haven’t read it, you should! But if you only have time to read one Harper Lee novel, Watchman isn’t the right choice.

An Unconventional Way to Serve your Family

So, what is a book review doing on a service website? Good question, and it’s true, not all of my posts are about service projects, but remember how cool it was that Atticus always read to and in front of Jem and Scout? I’m trying to do that too. I read an article that mentions that “Scientists have found that children who have fiction read to them regularly find it easier to understand other people – they show more empathy and have better developed theory of mind.” I want my kids to be empathetic, and one way I can encourage this is by reading to them and modeling a love of reading. Modeling a love for reading isn’t to difficult when there is a new Harper Lee novel involved.

Have you read this book? What did you think? Seriously, I have been dying to talk to other people about this book as I have just started digesting it myself. (I may even have to write another blog post). Are you glad it was published? Why or why not? Please let me know, and if you’d like daily ideas on sharing kindness, follow us on Instagram. Also, if you are interested, click here to start a Family Service Club of your own. Thanks for reading, and for good measure, let’s all remember this classic: “You never really understand a person until you consider things from his point of view … until you climb into his skin and walk around in it.” –Atticus Finch, To Kill a Mockingbird. 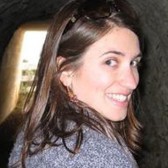 Kellie Van Atta is a wife, a mom of two, and a teacher of English. She lives in Southern California and is passionately dedicated to teaching her kids to love others.
View all posts by Kellie Van Atta »

We had an amazing day visiting the palms at Bonaventure and giving Valentines and hugs to the sweet residents.

Questions? Send us an email!